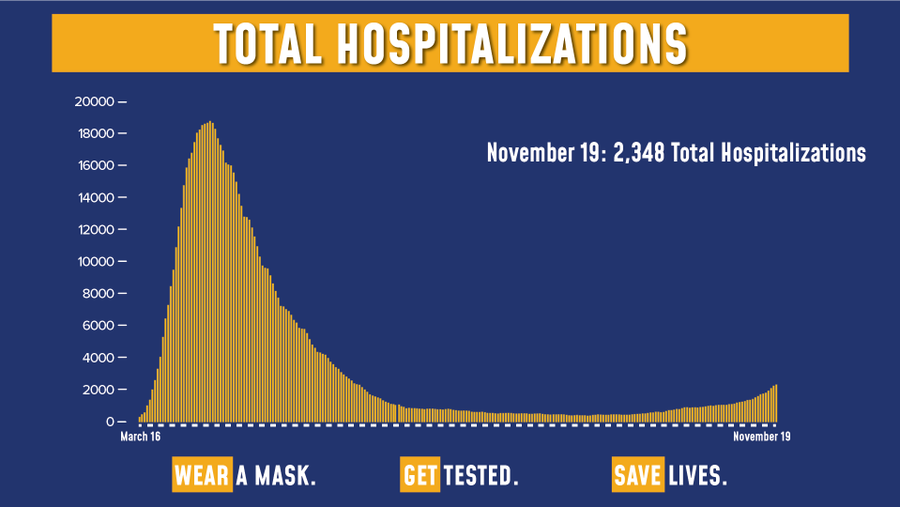 (WIVB) – A new record of COVID-19 tests was reported to New York state Thursday, according to the office of Governor Andrew Cuomo.

There were 32 deaths from the COVID-19 virus in New York on Thursday.

According to the state, the current average seven-day turnover in Western New York is 4.84 percent.

The average circulation in Niagara County for seven days is 4.4 percent.

The percentage of positive test results for each region that were reported within the last three days is as follows:

Of a total of 584,850 individuals who tested positive for the virus, the geographic division was as follows: