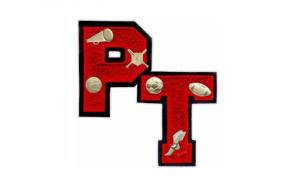 Smith is a solid, do-it-all kind of player who proudly waves the banner for the Canisius Cup, the league the Buffalo Public Schools’ girls basketball teams call home. Smith is the latest Canisius Cup product to earn a college playing opportunity. League Co-Player of the Year Kyra Wood of City Honors is heading to Temple. Fellow Co-Player of the Year Gabbie McDuffie (Olmsted) is a freshman at junior college national power Niagara County Community College.

“It is all hard work and not giving up because we play in a system that doesn’t give us recognition sometimes,” Smith said of the lightly recruited Canisius Cup. “It’s just continuing to play your game. Nobody can deny good talent, as long as you show people what you can do.”

The girls basketball players in the area, as a whole, have shown folks what they can do, McCarthy said.

“Obviously there are more guys out there who play basketball so the pool is bigger, but on the girls side there are a handful of coaches who spend a lot of time with them,” McCarthy said. “There are a ton of good scholarship players coming out because the pool is smaller.”