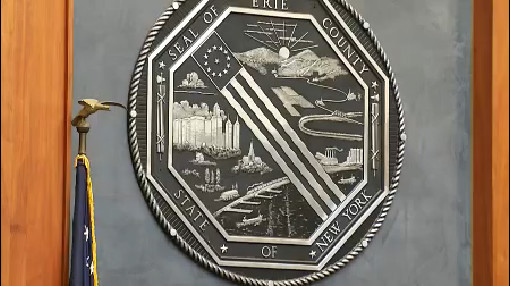 CEO Mark Poloncars announced the completion of the Back to Business application review process on Monday.

The county says it will notify grant recipients via email, and checks are mailed out starting today.

“Our goal was to distribute the money to the companies that need it most, with amounts that would make a tangible impact. I hope this financial waiver will allow the grant recipient to endure this ongoing crisis,” said Erie County Executive Director Mark Bolloncars.

The county says nearly 40% of grant recipients have not received any amounts or minuscule amounts from previous coronavirus relief aid, which covers less than 10% of their losses.

Additionally, 33% of award recipients have lost more than half of their annual income, county officials say.

Polloncars say 48% of grants will go to Buffalo and 52% to surrounding suburbs and rural communities. 30% of the beneficiaries are minority-owned enterprises and 60% are women-owned

Grant funds can apply to a range of eligible expenditures, and companies must use the grant by December 30th.