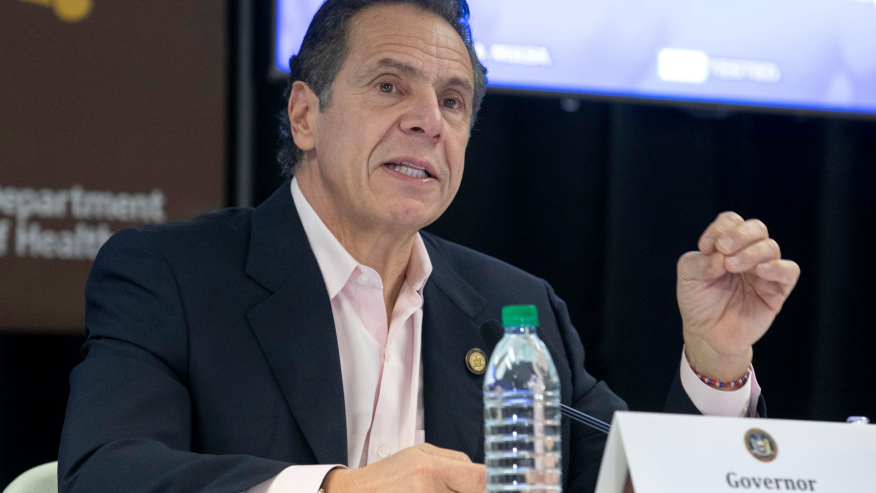 Under the new legislation, Cuomo will be blocked from issuing new directives. However, he has the ability to make modifications and extensions to the hundreds of orders he issued this year current directives, and those changes need to be sent to committee chairs, and the leadership of the chambers at least five days ahead of time with an explanation, and the chance for them to give feedback.

“A year ago, as New York was being ravaged by COVID-19, we passed legislation to give the governor temporary emergency powers that would allow the state to nimbly react to a constantly evolving, deadly situation,” said Heastie. “These temporary emergency powers were always meant to be that — temporary. By immediately repealing the temporary emergency powers, allowing no new directives to be issued and bringing transparency and oversight to the standing directives, we can establish better communication and collaboration with our local communities and help preserve the health and wellbeing of New Yorkers as we see the light at the end of the tunnel of this devastating and deadly healthcare crisis.”

Senate Majority Leader Andrea Stewart-Cousins said it was time to bring back checks and balances over the governor’s pandemic actions.

“I think everyone understands where we were back in March and where we are now. We certainly see the need for a quick response but also want to move toward a system of increased oversight and review. The public deserves to have checks and balances,” Stewart-Cousins said

The governor was granted emergency powers last year when the pandemic first hit the state.

Republicans and some Democrats in the state have pushed for a total revocation of the governor’s emergency powers, including New York City Mayor Bill de Blasio.

The city’s mayor previously called on the state legislature to revoke Cuomo’s emergency powers that overrule local control amid recent sexual harassment allegations against him and the ongoing nursing home death scandal.

De Blasio has previously said if local municipalities had control, he would work to expand the eligibility groups of those who can get vaccinated and allocate the right amount of supply for the city.

Amid calls for his resignation in the wake of sexual harassment allegations, reports of bullying and undercounting COVID-19 deaths connected to nursing homes, Gov. Cuomo issued an apology during a coronavirus briefing Wednesday, but said he would not resign.

The reports allege advisers in Albany worked to rewrite a July report compiled by state health officials, and in doing so, worked to hide how many nursing home residents died in the pandemic.

Despite his public apology, a growing number of New Yorkers believe the allegations, according to results of an Emerson College/WIVB/NewsNation poll.

New Yorkers were evenly split on how they felt about the governor’s apology, according to the poll, conducted on March 3 and 4. During the governor’s first live, in-person public statement, he apologized for making anyone uncomfortable and championed a woman’s right to come forward while simultaneously denying claims of inappropriate touching.

Assemblymember Monica Wallace had this to say about the decision:

“This approach will restore the balance of power to Albany while ensuring that we maintain
critical policies to protect New Yorkers from a virus that is still killing about 2,000 Americans every day.

“There are numerous existing directives that are vital to combating the pandemic,” said
Assemblymember Wallace. These directives include mask mandates in indoor public spaces, social distancing policies, orders that allow government bodies to meet and conduct business remotely, and orders allowing pharmacists to administer COVID-19 tests and vaccines. “It would be irresponsible to terminate the existing orders that have helped us regain control over the virus.

Instead, this legislation keeps those vital measures in place for the time being, and ensures
legislative oversight of any changes to those orders.”

“Today, with my support, the New York State Legislature rescinded the Governor’s
extended emergency powers going forward. While some, for political gain, may try to spin this
legislation as not going far enough, it is a responsible approach to restoring the Legislature’s role
while we continue to face the serious issues presented by this unprecedented and ongoing
pandemic. Contrary to what some have said, the new law, in fact, prevents the Governor from
issuing new executive orders.

While we should all be encouraged by the declining numbers of those contracting the
virus, and the rising number of those being vaccinated, it would be irresponsible to ignore the
continued danger to the public health caused by this virus. On yesterday March 4th alone, 1,949
people died in the U.S. from COVID-19. Overall, more than 520,000 have died nationwide, with
more than 47,000 of those in New York. Because of this remaining jeopardy to the public health,
the restrictions set forth in the existing executive orders will continue for 30 days. This gives us
time to evaluate whether or not extending an individual restriction is warranted and justified.
Importantly, the Legislature can rescind any order with which we disagree. Furthermore, the new
law gives the Legislature, and not the Governor, the ability to declare an end to the State of
Emergency when circumstances permit.

While we can see the light at the end of the tunnel, there is a continued need for caution
and measured action to further mitigate the spread of this still deadly disease. This new law
restores the Legislature’s authority while taking a responsible approach to the continued
management of the COVID-19 pandemic in New York State.”