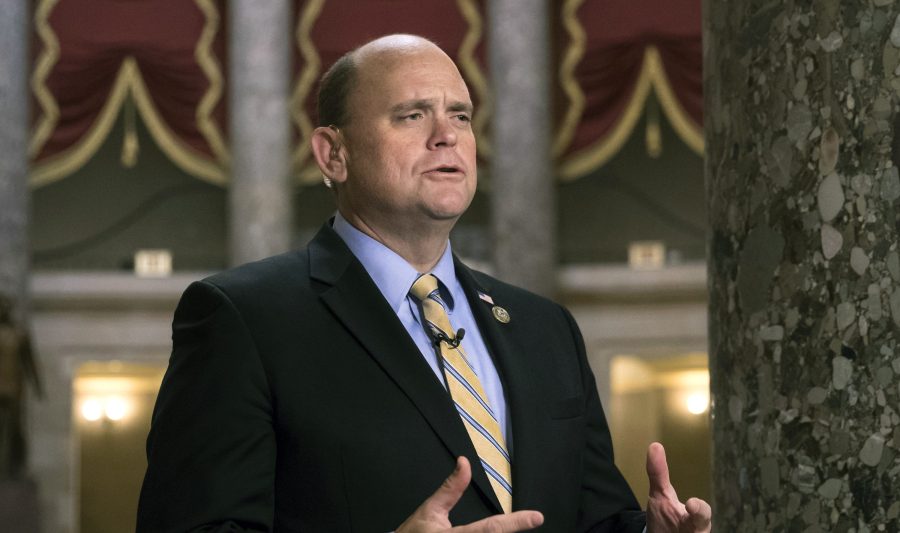 (WETM) – Congressman Tom Reed will no longer serve as the co-chair of the Problem Solvers Caucus.

According to a tweet on Wednesday afternoon, Congressman Brian Fitzpatrick of Bucks County, Pennsylvania has been elected to replace Reed as co-chair of the bipartisan caucus.

The caucus says Reed “will remain an active member of PSC & be part of a multi-month transition, helping ensure the Caucus continues its mission of bipartisan governing.”

Reed announced in March that he will not seek re-election in 2022 after a former lobbyist accused him of sexual misconduct.

Nicolette Davis told The Washington Post that while in a Minneapolis bar Reed in 2017 he “briefly fumbled with her bra before unhooking it by pinching the clasp” and moving “his hand to her thigh.”

Reed released the following statement saying that during the time of the trip he was battling alcoholism:

“First, I apologize to Nicolette Davis. Even though I am only hearing of this matter as stated by Ms. Davis in the article now, I hear her voice and will not dismiss her. In reflection, my personal depiction of this event is irrelevant. Simply put, my behavior caused her pain, showed her disrespect and was unprofessional. I was wrong, I am sorry, and I take full responsibility. I further apologize to my wife and kids, my family, the people of the 23rd District, my colleagues, and those who have supported me for the harm this caused them.

Second, I want to share that this occurred at a time in my life in which I was struggling. Upon entering treatment in 2017, I recognized that I am powerless over alcohol. I am now approaching four years of that personal lifelong journey of recovery. With the support of my wife, kids and loved ones, professional help, and trust in a higher power, I continue that journey day-by-day. This is in no way an excuse for anything I’ve done. Consistent with my recovery, I publicly take ownership of my past actions, offer this amends and humbly apologize again to Ms. Davis, my wife and kids, loved ones, and to all of you.

Third, I plan to dedicate my time and attention to making amends for my past actions. In addition to apologizing to those I have impacted, including Ms. Davis, I will be seeking to help those wrestling with addiction in any way I can. To others who may be struggling the way I have, please know that by seeking help your life will be forever changed in an extremely positive way. Though the journey is hard please know the rewards are amazing and you are worth it.

As I go forward, I will strive to be a better human being, continue to fight for what I believe in, and to make people’s lives better in any way I can. I hope this formal apology is just the start.”

In 2020 Reed was elected to his fourth term in Congress representing the 23rd Congressional District, receiving 181,060 (57.7 percent) over Democrat Tracy Mitrano in a rematch of their 2018 race.